Welcome to the 2019 spring concert with Uppsala Blåsarsymfoniker titled “The Orient Express”!
During the concert, composer Philip Sparke will, through Uppsala Blåsarsymfoniker, rock his sooty steam locomotive through an oriental landscape. The engine jokes and whispers and when the conductor blows his whistle the train is heading for new and unknown adventures.
Conductor and presenter during the trip is none other than the Uppsala profile Jacke Sjödin. Jacke is, among a lot of other things, known for his amazing showcases in UNT (the biggest daily in Uppsala) and perhaps especially from his films about the Sirius football team.
Soloist will be soprano singer Jeanette Köhn. Jeanette, who among other things are touring with Nisse Landgren, was also guest soloist during the orchestra’s royal concert at Stockholm Castle on boxing day last year. With standing ovations in concert halls all over Sweden, Jeanette has achieved great success as a member of the group Swedish Shuffle in the show “HAPPY DAYS ARE HERE AGAIN!”. Jeanette will appear frequently during the concert and we will for example hear her interpretation of Jan Van der Roost’s lovely composition “I Shall Love but Thee”!
The train journey passes the “Ponte Romano”, another composition by Jan Van der Roost. Throughout the years Uppsala Blåsarsymfoniker have frequently been playing the wonderful music composed by Mr. Van der Roost and we are delighted that, as an added bonus, Mr. Van der Roost will visit us from Belgium to conduct his own pieces! In the epic piece “Music of the Spheres” by Philip Sparke, we get to experience the orchestra’s newly built wind machine as it is being used to shape the sound of space winds. During the concert we will also get to hear music from the musical West Side Story, composer Julie Giroux and hits from the opera world of Puccini.

Get ready to board the train! 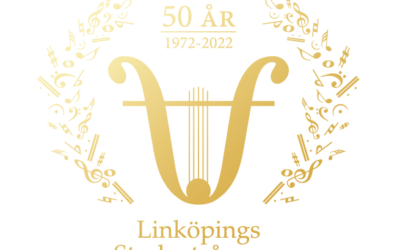 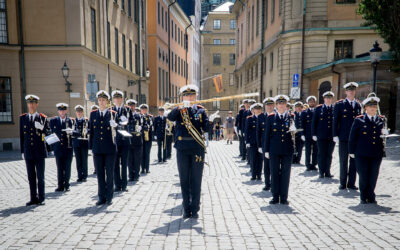 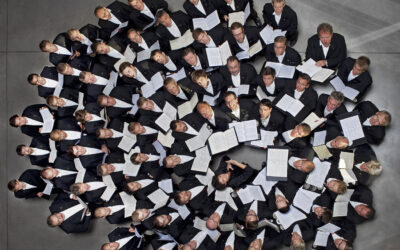